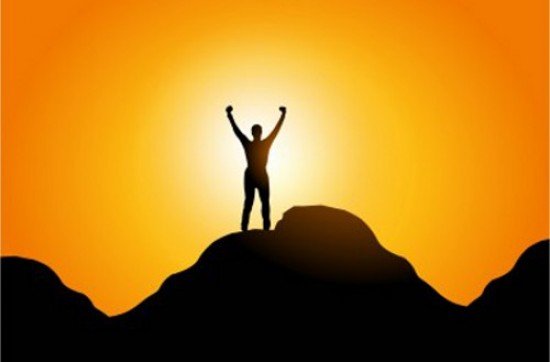 Lesli Moore, knows more about Agent Orange than she really cares to, as she was exposed to the herbicide at the age of 18, as a civilian traveling with the USO in Vietnam under the auspices of the US Army . . . a fresh faced, dewy-eyed teenager on a meet and greet, hand-shake tour, a living picture for many GI’s of the girlfriend they left back in America, which GI’s called The World.

Her autobiography, The Best Is Yet To Come, is an inspirational story about her post-war journey of multiple cancers, falling in love and how she has maintain a cheerful, positive attitude despite challenging medical conditions.

CS: War is a very unhealthy business.  As those who survive, both combatants and civilians, often bring home injuries, some quite conspicuous, others invisible to the eye.  Like brain injuries, conditions like PTSD, Post Traumatic Stress Disorder, and diseases like malaria, West Nile Virus.  And in the case of Vietnam, the results of the use of tactical herbicides, defoliants, designed to deny the enemy a concealing tree canopy and a source of food by destroying crops.  The name of that herbicide, Agent Orange.  Our next guest, Lesli Moore Dahlke, knows more about Agent Orange than she really cares to, as she was exposed to the herbicide at age 18 as a civilian traveling with the USO, the United Services Organization, under the auspices of the U.S. Army…a fresh-faced, dewy-eyed teenager on a meet and greet, a hand-shake tour.  A living picture for many GI’s of the girlfriend they left back in America, which we call The World.  Lesli, it’s a joy to have you on Body Language.

LM: Well, thank you very much for having me.  I appreciate it.

CS: Let me give you a little bit of our back story.  I was 25.  You were 18 when we met at the USO in the city formerly known as Saigon, Ho Chi Minh City.  It was Christmas 1970 and I was calling my dad in Los Angeles.  I remember to this day how he cried, cried on the phone.  He was so frightened that I was there freelancing for many publications, including Time Magazine, but he said, “Well, I guess I know why you’re there because, because I raised you.”  Why were you there, Lesli?

LM: Well, my father had died in August of that year…

LM: Fifty-six.  It was a sudden brain aneurysm in the middle of the night sleeping.  And, I loved my father, as all teenagers and young women do.  And when my father died, I was just crushed and heartbroken.  And I just couldn’t bear being home for Christmas without him.  And my dad having been an actor, knew Johnny Grant and I went…

CS: Who was a Los Angeles television personality.

LM: Correct.  And he was also a fellow that traveled to Vietnam every year at Christmas.

CS: You know, I mentioned in the lead that you were a dewy-eyed teenager, which translates to naively innocent and trusting.  Do you resemble that remark, Lesli?

LM: Yes, I was absolutely all of those things, including a virgin at the time.

LM: Very unusual for the times.  It was the end of the ‘60s and I had completely missed the sexual revolution.

LM: Well, the experience was completely foreign and just unbelievably different for me.  I had been raised and lived in my small city for my entire life and I didn’t realize I was going to and be in a war.  There was, you know, gunfire and wounds and activities and, and I naively didn’t know, really, I was going into war.

CS: Well, they call it OJT, on-the-job training.  I call it on-the-job terror because that’s exactly what it was all about.  You have written a book entitled The Best Is Yet To Come: An Inspirational Story of Life and Joy.  Would you please read from the prologue of the book because I think it’s very, very telling and it’s certainly a wonderful indication of who you are as a person.  One of the most relentlessly positive and cheerful people I have ever met.

LM: Oh, well, thank you very kindly.  I’d be delighted to.  “Life is a kaleidoscope.  It is continually changing pattern of shapes and colors.  Experiences build from the foundation of who you are during your lifetime.  A mountain of memories grow and support the structure of your life.  Everyone’s life is uniquely his or hers.  To me, life is like an onion, is a big, beautiful purple onion with layer upon layer of complexity.  Peel away one layer, and there is something beautiful on the next level.  Keep peeling.  The deeper you go, the more you have a bundle of sweet layers, each with its distinctive shape and personality.  There is so much more than what is obviously on the surface.”

CS: Our guest is Lesli Moore Dahlke, the author of The Best Is Yet To Come, subtitled An Inspirational Story of Life and Joy.  But, you brought home an unexpected souvenir of Vietnam, didn’t you?

CS: And, your exposure to Agent Orange led to a rather dramatic change in your life.  Tell us about that.

LM: I came back with a liposarcoma, which is a soft tissue sarcoma.  And it’s a cancer that is immediately related to exposure to Agent Orange.  And then, some 20 years later I developed leukemia and lymphoma.  So I had three cancers from, as you say, a party favor from Agent Orange.

CS: And my understanding is that you’re still living with two of those cancers.

LM: Yes.  That’s correct.  Two of them are active.  The leukemia and the lymphoma, both of which are very rare forms of T-Cell leukemia.

CS: What was the response of the United States Government when you informed them that your cancers were caused by exposure to Agent Orange?

LM: Well, I was—my claims have fallen on deaf ears.

LM: I filed three claims and they’ve been denied three times.  And, any time I’ve tried to call any agency, the USO, the Army, the Veterans Affairs, anyone, it’s just—I’ve had no response, no reply.  And the claims that I have filed have been denied completely.

CS: In spite of that adversity, you have written The Best Is Yet To Come.  What would you like this book to accomplish?  Why is it important for people to know your story?  And how would you like them to ultimately benefit?

LM: Well, I’ve written this book basically for everyone.  It’s not just for people who are struggling with cancer or caregivers or people that have been in, in diverse, you know, situations with illnesses.  But, I, I really feel that it’s something that’s just a positive feeling.  The book is for everyone.  Not just people that have had cancer or for caregivers.  It’s written for anyone that just—it, it’s a good read.  It’s fun.  It sounds like it wouldn’t be, but it’s fun.  It’s got memories of my childhood, memories of my father as an actor and my development through my industry career and my experiences in Vietnam.  It, it’s just a, a very fun, positive, upbeat book.

CS: I have in my hand a fan letter…

CS: …from, from a, a woman named Dene Davis, who is your hairstylist and she said, “My beautiful and amazing Lesli.  I would call you, too, but if I did so now, I would just cry on the phone.  I will simply say that yesterday when she went to the salon, she told everyone proudly about your book.  I told them, ‘I so love this woman.’  And now as I am reading, I have fallen in love with her even more and I want everyone to read The Best Is Yet To Come.”  That’s a very nice gift, isn’t it?

LM: Oh, it’s wonderful.  I was—I was just very, very pleased and touched by Dene’s words and, and I just think that the book is—it just has a warm and fuzzy feeling to it.  I’m, I’m very pleased and proud of the book and it’s actually my very first work and…

LM: …and when I was writing it the, the words were just flying out of my fingertips like fire…

LM: Yeah.  It was just wonderful.

CS: How can people learn more about you, Lesli, and your work and perhaps acquire a copy of The Best Is Yet To Come?

CS: That is Lesli, L-E-S-L-I@Leslisstory, L-E-S-L-I-S story.com.  Lesli Moore Dahlke, thank you so much for joining us today on Body Language.  Your story is, is very, very touching and I know the best is yet to come is awaiting you.

LM: Oh, well thank you very, very much for having me and I greatly appreciate the opportunity to, to visit with you and your listeners.

CS: I’m Christopher Springmann.  You’re listening to Body Language on RadioMD.  You can learn more about us at www.BodyLanguage.O-R-G and thank you for listening.